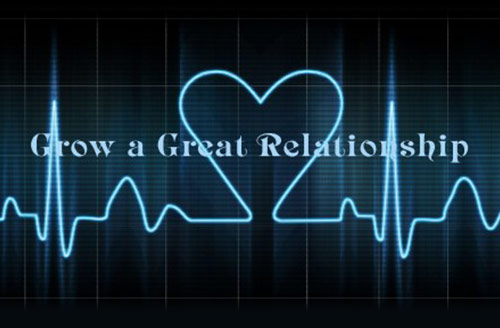 We all know the old adage “if it ain’t broke, don’t fix it.”  As simplistic and obvious as it sounds, this motto can be applied to many areas of life, including relationships.   When your marriage is tense and full of conflict, it can be hard to pinpoint exactly what interaction patterns are causing the friction, but distinguishing between conflict triggers and functioning aspects of the marriage is essential.  Otherwise, you may be so desperate to fix everything that you alter areas perfectly in tact.  This is why it is important to set goals to achieve a better relationship.

Goal setting helps you envision exactly what it is you want to accomplish within the marriage and can be broken down into four simple rules to follow:

Describe what you want to accomplish rather than what your spouse is doing wrong.

Instead of dwelling on the current issues plaguing the relationship, set clear goals, and the focus shifts to what the relationship will be like in the future. Goal setting is also important because it helps you identify what you need to do differently to improve the relationship.

The goals you set within your relationship must be specific and detailed in order to be successful agents for change.  A goal of being more affectionate sounds promising, but affection is a very vague and relative term.  You may interpret it as holding hands while walking the dog, but your partner may interpret it as an increase in sexual affection.  This difference in interpretations has the potential to hurt rather than heal, initiating yet another conflict in the relationship.

Instead, communicate your affection needs in step-by-step behavioral terms.  For example, you can communicate to your partner that you would like the increase in affection to include holding hands while walking, sitting close to each other while watching television, and hugging and kissing each other goodbye.  Your needs are clearly communicated in specific action terms.  This way, you encourage open communication and establish your needs in a clearly defined manner.

Just like all the conflicts within the marriage, goal setting with your partner and for yourself can seem overwhelming.  Asking for a lot of change all at once can be counterproductive, leading to defensiveness and defeat.  By taking changes in small and concise steps, both you and your partner are able to focus on each change and savor the accomplishments.

The main concept of goal setting is to look forward toward the future.  Dwelling in the present and past conflicts only delays success and change.  However, like with the previous step, less is more when looking forward.  You do not have to focus solely on the ideal marriage you expect to achieve in months and years to come.  First, think to the first change that will occur.  How will you know there has been a change?  What will be different?  Envisioning the small changes will make them more meaningful and also more likely to occur.

By following these rules, goal setting can bring meaningful changes to your communication patterns, daily interactions, and overall relationship with your partner.  Instead of spending another day arguing, crying, or contemplating separation or divorce, look forward and imagine the specific steps that can lead you and your partner into a deeper and more satisfying marriage.